Vanessa Westermann’s debut mystery, An Excuse For Murder, was published in 2019 by The Wild Rose Press. Author Carolyn Hart called it “a riveting introduction to a charming, smart bookstore owner… and a lovely launch for a great new sleuth“.

An avid reader of mysteries, Vanessa is a former Arthur Ellis Awards judge, and has given a talk on the evolution of women’s crime writing, at the Toronto Chapter of Sisters in Crime. She holds an M.A. in English Literature, as well as a Bachelor of Education, and teaches creative writing.

Vanessa’s first foray into the world of crime writing began at the age of twelve, when she submitted a mystery short story to a children’s fiction contest. She did not win, nor was she shortlisted, but her parents did receive a letter from a concerned psychologist, wondering if Vanessa had witnessed a crime. This was not the case, although she had founded a spy club that recorded observations, using a code created with DIY cipher discs. Disappointingly, this never led to any startling revelations, besides the amount of caffeine grown-ups seemed to need.

Now a caffeine addict herself, she loves to draft her mysteries in cafés, using a fountain pen and a notebook, although she no longer writes in code.

Strong female protagonists are at the heart of all of Vanessa’s stories and are inspired by the heroines in her own life, especially her mother, who re-educated herself as a bespoke milliner. Sometimes Vanessa gets to raid her collection of vintage-inspired designs and take on the role of hat model for her mother‘s Lookbook.

Vanessa is currently plotting her next (fictitious) murder, while drinking copious amounts of tea.

Please feel free to use the author photographs below for your blog or magazine articles. Click on the image to download.
Picture Credit: Photographs and hats by Robin Westermann Bespoke Millinery. 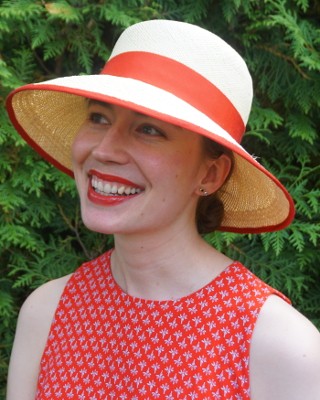 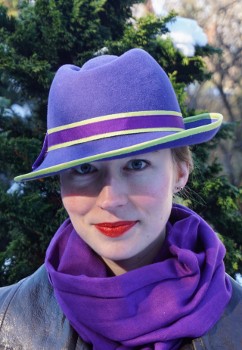 I would like to acknowledge funding support from the Ontario Arts Council, an agency of the Government of Ontario.